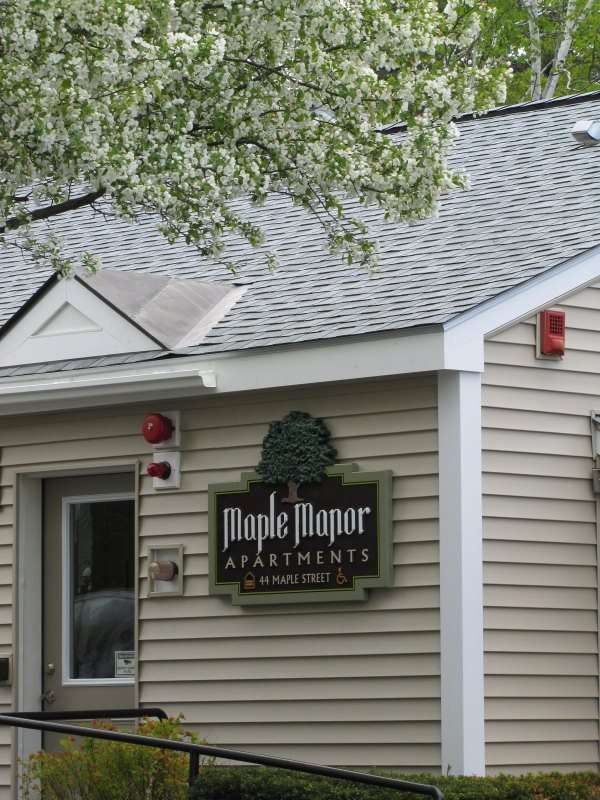 Maple Manor is a non-profit organization. Committed to providing high-quality affordable housing for low-income seniors and Individuals with disabilities that helps promote Independence and enhance the quality of their lives.

The property that Maple Manor sits on was formerly the site of the Carrie F. Wright Hospital. Maple Manor was incorporated as “Housing for the Elderly and Handicapped of Newport” in the mid-1970’s. Construction on the 40-unit complex began in 1979, and Maple Manor opened its doors for business in March 1980.

The original complex consisted of forty one-bedroom units, four of which were accessible. In addition, the complex housed and office and community room.

In 2000 a pavilion was added that provided an outside gathering space. The gazebo is lighted, with picnic style tables and benches, electricity and a gas grill is available for use. The pavilion was dedicated to long time board member Ronald E Lemay, who was actively involved at Maple Manor for many, many years.

In the early 2000’s Maple Manor expanded its community room, and added a piano for resident use. In 2007 Maple Manor purchased an adjoining property and in 2013 that property was refurbished into two two-bedroom fully accessible units. Those units do not carry a HUD subsidy and offer seniors who do not qualify for the subsidy a high-quality option as well.